Žiga Turk (1962) is a Professor in Construction Informatics at the Faculty of Civil and Geodetic Engineering at the University of Ljubljana, Slovenia. In addition to his academic career where he worked on design communication, computer integrated construction and internet science, he was twice a minister in the Government of Slovenia and Secretary General of the Felipe Gonzalez's Reflection Group on the Future of Europe.

Research: His academic interests include construction information technology, computer integrated construction, building information management (BIM), internet, Web and grid computing, design communication and philosophy of conceptual modeling. He wrote several papers on these subjects. He was partner in many EU projects since the 4th EU framework and coordinated two multi million euro ones.

Teaching: He held graduate and undergraduate courses in Ljubljana, Istanbul, Zagreb, Stockholm and in a pan-European study of eConstruction. In 2010 he received an award for top cited article 2006-2010 in the Advanced Engineering Informatics Journal. After being a founding co-editor of the Journal of Information Technology in Construction, from 2010-2012 he was editor-in-chief. Since 2016 he is associate editor of the journal Automation in Construction.

Interdisciplinary: Recently his research activities include the trends and scenarios of future global developments, particularly the role of information technology and innovation in those trends. He also studies the broader societal impacts of information technology and is active in the topic of "internet science", "future of work", "democracy and technology" and "responsible research". He is an internationally recognized public speaker, columnist and lecturer on these subjects.

Policymaking: From 2008-2010 he served as Secretary General of the Reflection Group on the Future of Europe, chaired by Felipe Gonzales. In 2009 he served in the Panel of External and Independent Experts that carried out an interim evaluation of Framework 7 Programme in the area of ICT. In 2010 he was chairing a High Level Group to recommend the future evolution of European academic networking (GEANT). In 2016 he was a member of an expert panel for interrim evaluation of Horizon 2020 in ICT. He is a member of European Commission's Higle Level Expert Groups on European Open Science Cloud and on Fake News. In the think-tank scene he is active in the Martens Center and the Lisbon Council in Brussels.

Politics: In 2007 and 2008 dr. Turk was a Minister for growth in the government of Slovenia, national coordinator for the Lisbon Strategy, chief negotiator for the Slovenia's accession to the OECD, Chairman of the national Sustainable Development Council and Chairman of the Competitiveness Council. From February 2012 until March 2013 he was Minister for Education, Science, Culture and Sports in the Government of Slovenia.

During the Slovenian presidency to the EU in 2008, he was in charge of the updates to the Lisbon Strategy and involved in the management of the energy and climate change dossiers. His interest include creativity, entrepreneurship, open access to knowledge, open innovation, renewable energy, r&d policy etc. In 2012 he was chairing the Council of Ministers for Culture of Southeastern Europe.

His past activities outside of the academia include: Chairman of the Supervisory Board, Telekom Slovenia and Mobitel, member of the Reform Council, Vice Chair of the Strategic Council for Culture, Education and Science etc.

Geek: In Slovenia he has been known as the founding editor of the Moj Mikro magazine (1984). He has been setting up Web servers since 1993. His most popular Internet inventions are the Virtual Shareware Library (that later evolved into shareware.com) and the Woda database tool. He blogs and tweets (see sideline). 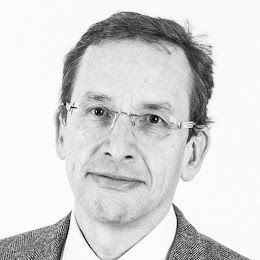 In case you missed "English" link at the top.